The Golden Triangle area is located at the western-most edge of the City of Mount Dora at the junction of Old Hwy 441, U.S. 19A, and Eudora Road. In a larger context, the Golden Triangle is formed by the meeting of three neighboring cities: Mount Dora, Tavares, and Eustis. Prior to the re-alignment of U.S. Hwy 441, the Golden Triangle corridor served as the primary route to Mount Dora from cities in the west such as Tavares, Eustis, and Leesburg. Current land uses include strip retail centers on the north and south side of Old Hwy 441, existing multi-family and single-family residential, and various outparcel retail/commercial developments.

The Golden Triangle area is a prime opportunity to create a western gateway to the City of Mount Dora. While a major portion of east-bound traffic is now routed on U.S. 441, the U.S. 19A/Old Hwy 441 corridor still serves as a connection from Eustis, Tavares, and Leesburg to Mount Dora. 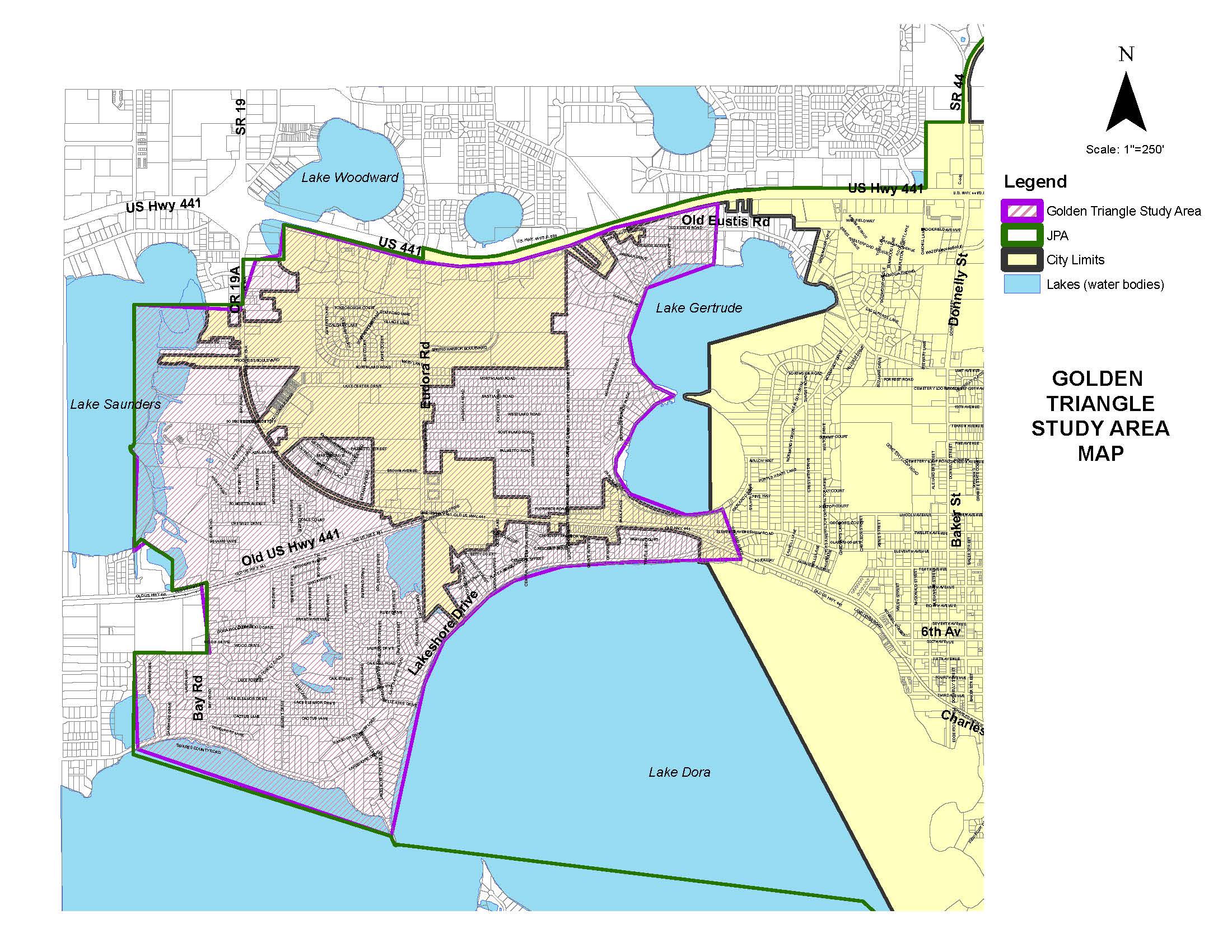 With the Golden Triangle’s significance in both multi-modal connectivity and transition into the City, redevelopment of the area should be focused on establishment of a functioning activity center. Ideally a mix of commercial and medium to-high density residential supports a redeveloped retail center with a high degree of multi-modal access. The on-site water body also presents an opportunity for integration of a public space component. 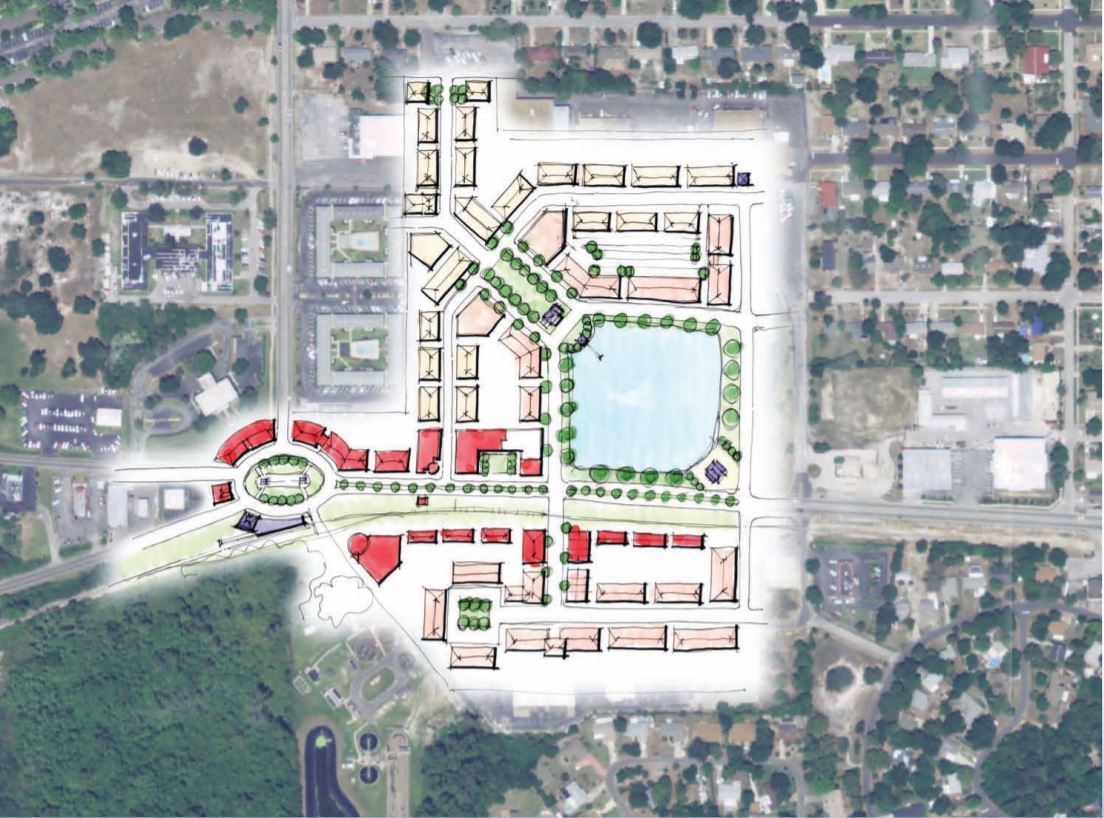 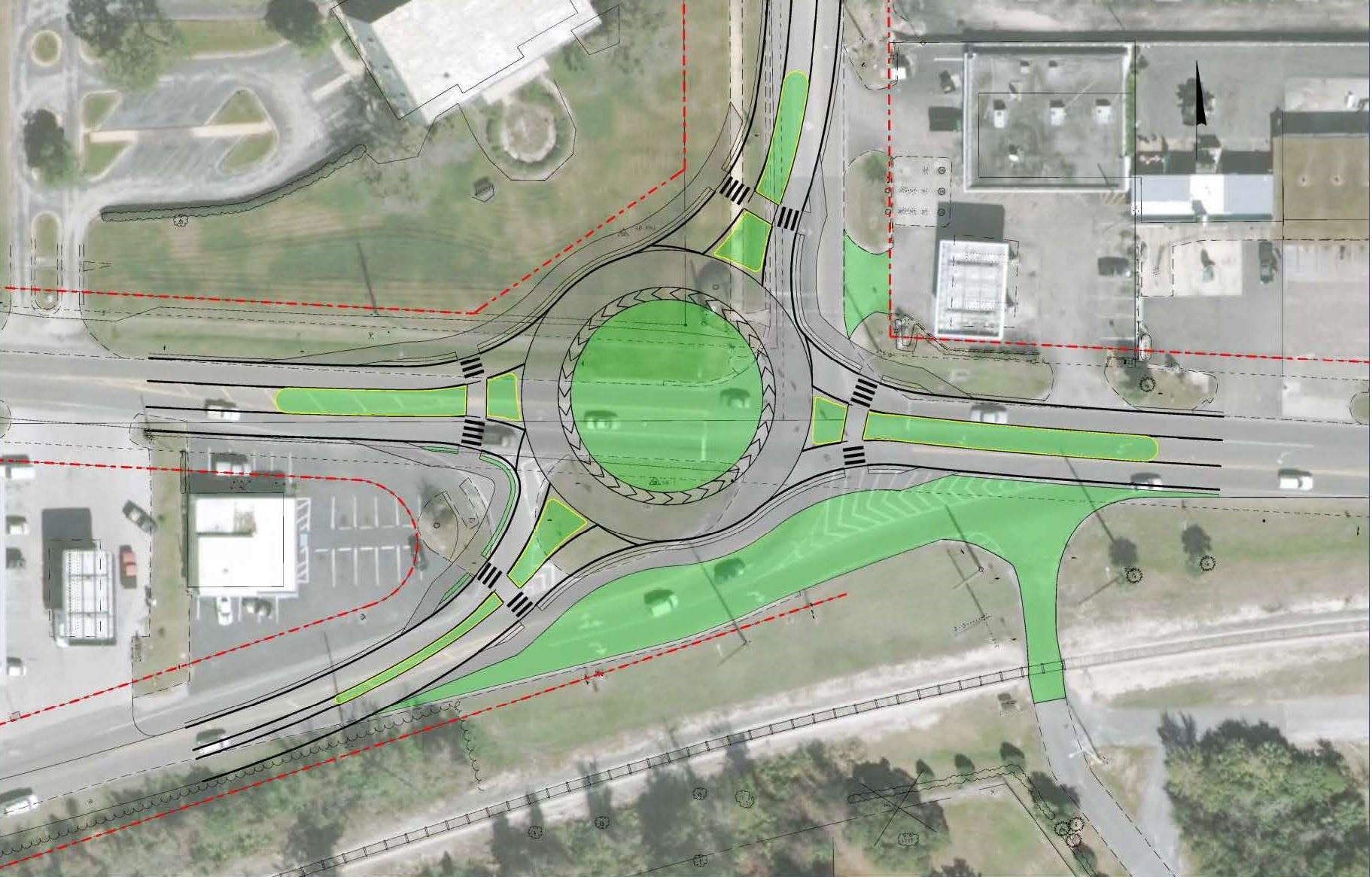 The intent of this trail is to plan for the construction of a non-motorized, multi-use trail between the cities of Tavares and Mount Dora. The PD&E study for segment 1 of the Wekiva Trail extension was completed in 2017. Lake County is now conducting a PD&E study for segment 5. The City of Mount Dora, in cooperation with Lake County and City of Tavares, submitted a Federal RAISE grant application in April 2021 to request funding for the design and construction of both segments 1 and 5. 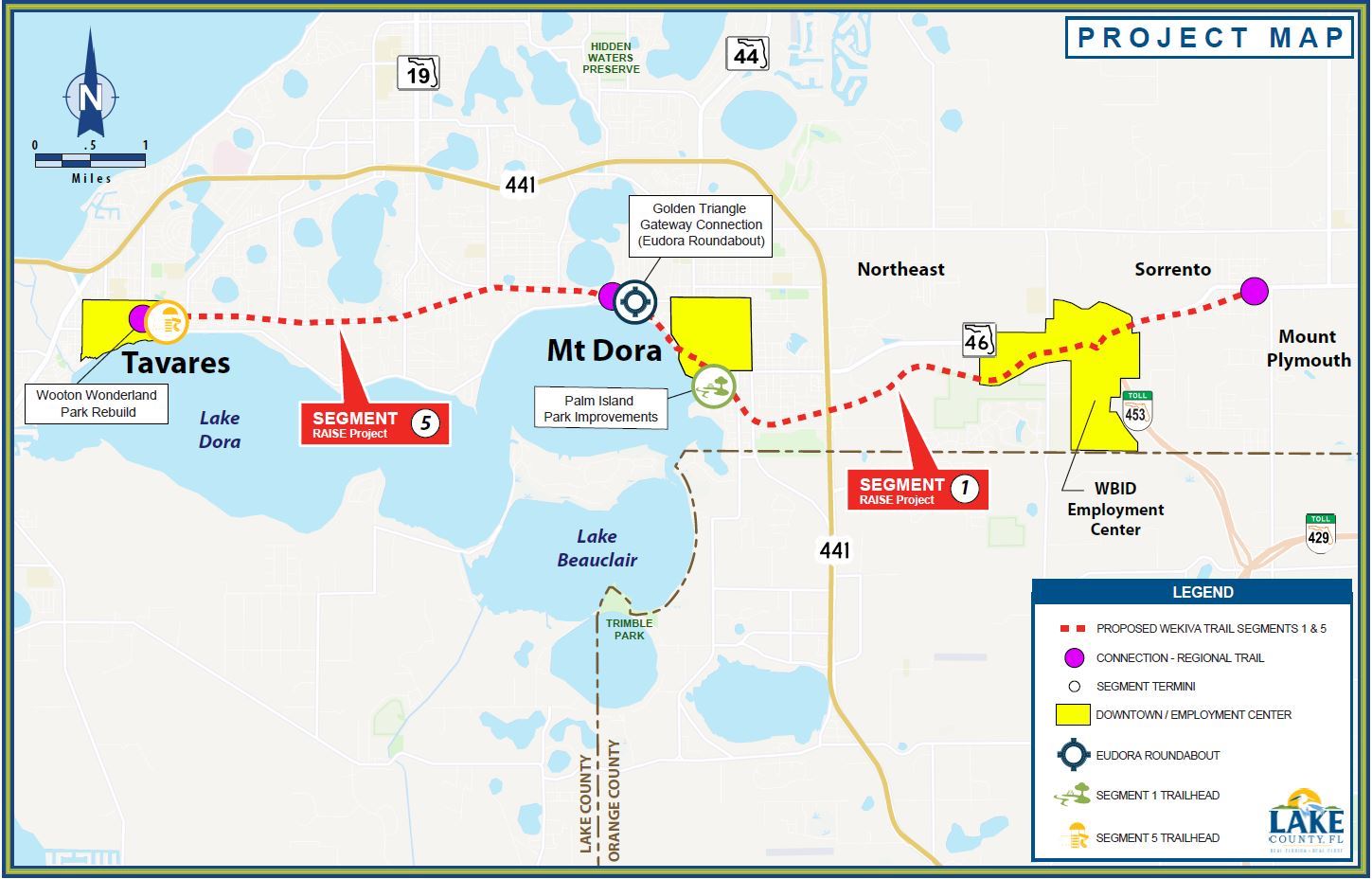